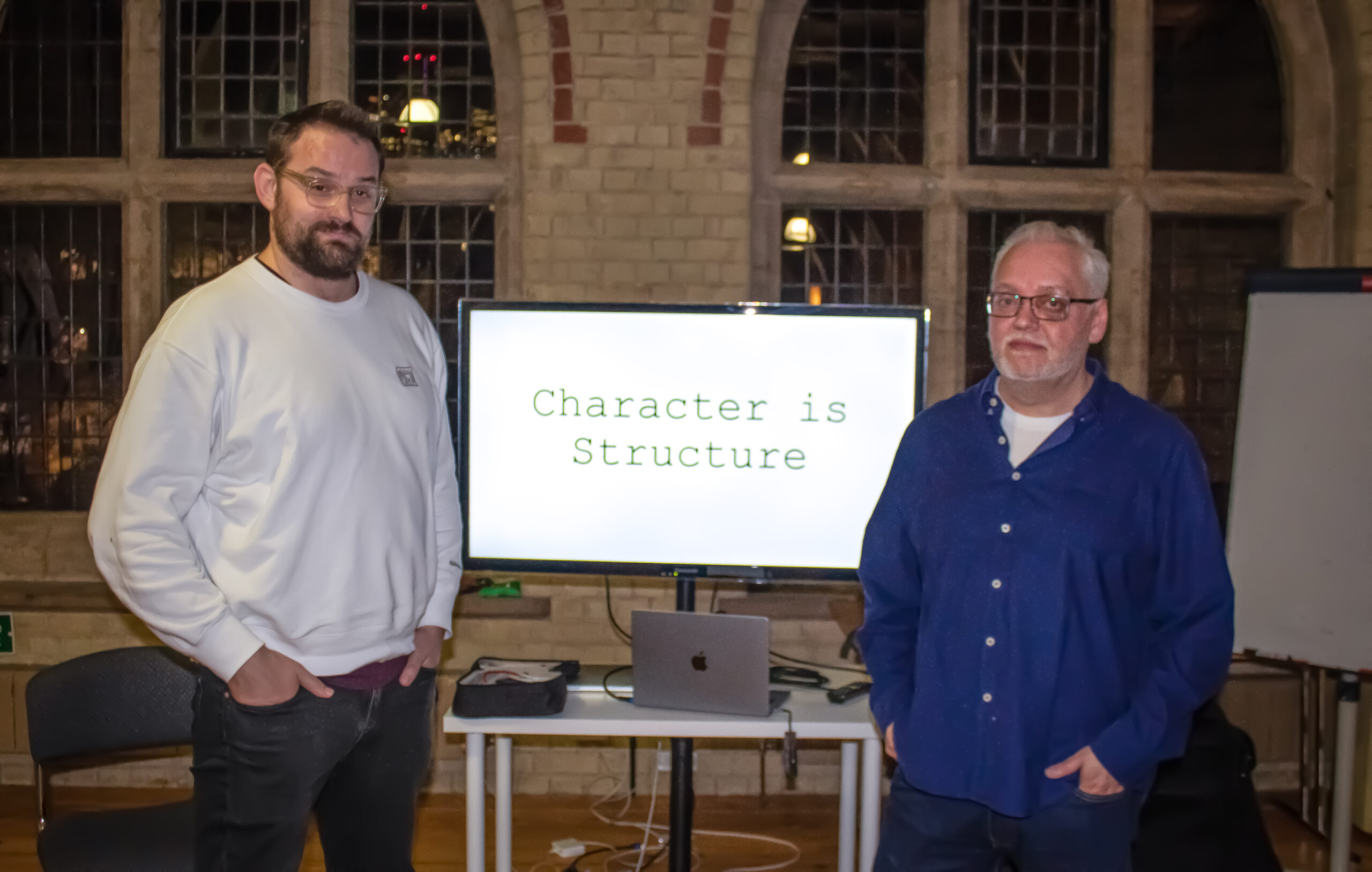 Last Thursday we partnered with the National Youth Film Academy (NYFA) to host a workshop titled: Character is Structure – The Insiders’ Guide to Screenwriting. In this session, Phil and Ted from NYFA identified the key elements needed to tell a story effectively, efficiently and entertainingly. An idea. A character. A journey.

Ted Wilkes is a lecturer in Screenwriting and Film Studies. He writes elevated genre work which holds society’s face in front of the mirror and makes it squirm. Currently, he has a feature under option at a BAFTA-nominated production company.

Phil Hughes is a Senior Lecturer and has been a screenwriter, script editor, script tutor and script doctor working with production companies and studios across Europe and the US for over twenty years. Credits include feature films Thunderpants (2002) and I Want Candy (2007) and television work The Queen’s Nose (1995) and Monkey Life (2007).

On Wednesday the 11th of May we will be hosting this lecture Online. Those who attend this session will learn more about finding and developing a story, the techniques of writing for film and the skills involved in the process. To register click here.