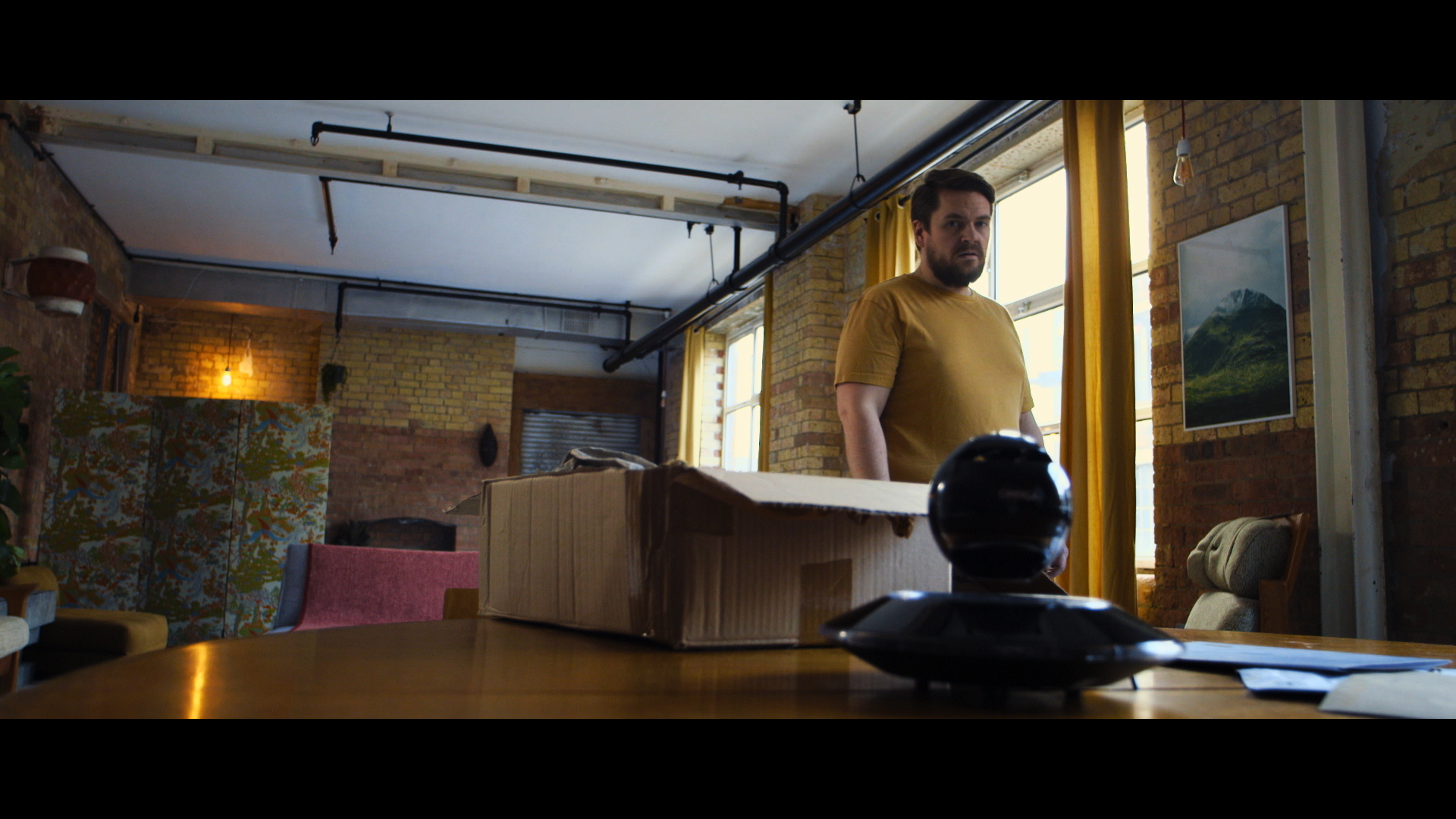 We want to send a huge congratulations to Mickey Shu-Ting Chan, Yasmin Khan, Mat Braddy, and Rodrigo Gonzalez, recent graduates of Central Film School’s One-Month Practical Filmmaking Short Course, who have won Best Comedy Short for February 2018 at the London Independent Film Awards, as well as receiving an Official Selection for February 2018 at London Short Film Presents and an Honorable Mention for Spring 2018 at the London-Worldwide Comedy Short Film Festival.

Their film, The Alpha and The Omega, is a comedy short taking a look at the very near, possibly too near, future where technology starts taking an all too active role in our lives. You can watch the film at the bottom of this article.

We caught up with Mickey and Yasmin to find out about their time at Central Film School, how they created and developed the film, and their future plans:

Can you tell us about your experience studying at Central Film School? How do you think the course has helped you?

Mickey: I have a BA in visual communication, and have worked on TV commercials and online film as an advertising art director, but I’ve always wanted to study filmmaking. I took a career break from the ad agency and decided to take the One-Month Practical Filmmaking course at Central Film School. I absolutely loved my experience.

Yasmin: Central Film school offers a well-rounded, comprehensive study of all the various roles in Filmmaking. This allowed me to explore elements of production that I had never considered. Regardless of what people aim to do in the Film industry, it is crucial that they understand the roles of everyone who collaborates with the production, as making a film is a fundamentally cooperative process.

Mickey: The course was very intense and practical which was exactly what I wanted. The best thing is you got to make one film by the end of the course, with the help of your classmates and the school. There are couples of film school in London I checked when I was choosing the course, I’d say the quality of the One-Month course at CFS is very hard to beat, I’m glad I chose it!

Can you tell us about the film you made “Alpha and the Omega” – how was the film created, what role did you have in the production of it, how did you work together?

Mickey: We all got to write a script, which was very good practice. Then we all agreed that Mat’s script was the best, but whoever’s script was chosen, the person couldn’t be the director. I was happy to explore any role, but thanks to the lecturers and my classmates, I was chosen as the director. We just tried as much as we could to help each other. Everyone all worked very hard to make this film great.

Yasmin: I was the producer, 1st AD, assistant sound editor, and also composed some of the music in The Alpha and Omega. We all moved between roles and took on more than one position in pre-production, shooting, and post. Although it was challenging to work in such small numbers, we received a lot of support from Central Film School and worked well as a professional team. Being a one-day shoot, we had a lot of work to do in a small amount of time. The only way we managed to complete The Alpha and Omega was by completing thorough and extremely precise pre-production through our shot lists, storyboards, and shooting schedule. We scheduled it to the minute!

The film you have made is amazing – how did you feel when it was finished?

Mickey: Thank you! As a first time director, I was actually very stressed during the pre-production and the shoot – I didn’t want to screw it up! We had to shoot a 7 min short in one day, which was very challenging, but we managed to do it. We got very good responses from the first screening, and received a lot of kind words after we shared it online.

Yasmin: I’m proud of us! We were four people who had never worked together, from different corners of the world, varying backgrounds and experience with film, and yet we managed to create something that was well received. I think that goes to show that a diverse group is absolutely an asset.

How has it been submitting for film festivals/awards? What has the process been like? And how do you feel regarding winning these awards?

Mickey: Mat (the writer of Alpha and the Omega) was in charge of submitting to festivals and awards. We were just thinking to test the water, so mostly aiming for independent small festivals before we step our foot into the real world. With platforms like Film Freeway and WithoutABox, it is so easy to filter and submit to awards. We got 3 so far, which is amazing! I’m just so happy every time when I see the “congratulations” emails from the festivals. I joked to Mat about collecting 5 laurels for our poster, now we are only two short!

Yasmin: I’m very glad that our group took initiative and submitted our films to festivals. It helped us reach a wider audience, and get some recognition! It’s a great feeling that audiences are happy with our film. I have had some previous experience with Film festivals through my previous work, but never UK festivals, so I’m excited to be opening that gateway!

And, finally, what about your future plans? With both the film and your career?

Mickey: I’m now friends with some lovely people from the school, I’ve just worked on another online video through the connection I got from CFS. I’m still fairly new to filmmaking, the more experience and practice I can get the better, it’s not that easy to make a living of it. Career-wise, I might just freelance around for a little so I can have the freedom of doing art direction, graphic design and filmmaking at the same time. I definitely want to make more films! I’m in love with it! Mat is writing a feature film at the moment so we shall see!

Yasmin: I am currently working in Geneva, Switzerland, where I’ve lived most my life. I’m working in marketing, design, and also a theatre production! For now I’m letting life take its course, and will be resuming my studies in Film as of September 2018. In the meantime, one of my main film project goals is to make a documentary about Women’s Rights here in Geneva, as up to this point I have predominantly worked with narrative fiction and aim to expand. With The Alpha and Omega, I will be promoting it more thanks to the encouragement we got with this first round of festivals, and in the future I hope to work again with our wonderful director Mickey Shu-Ting Chang!

You can follow Mickey and Yasmin’s careers on their respective websites: http://www.mickeychan.net/ and https://www.yasminmkhan.com/

If you are ready to tell your story, why not book your place on our One-Month Practical Filmmaking Course?

During this one-month intensive course, you will get hands-on training in professional filmmaking working under the guidance of respected filmmakers and tutors.

From the first day you arrive at the school in the heart of central London there are practical workshops and training exercises that provide a well-balanced introduction to the technical craft of filmmaking and the art of visual storytelling.