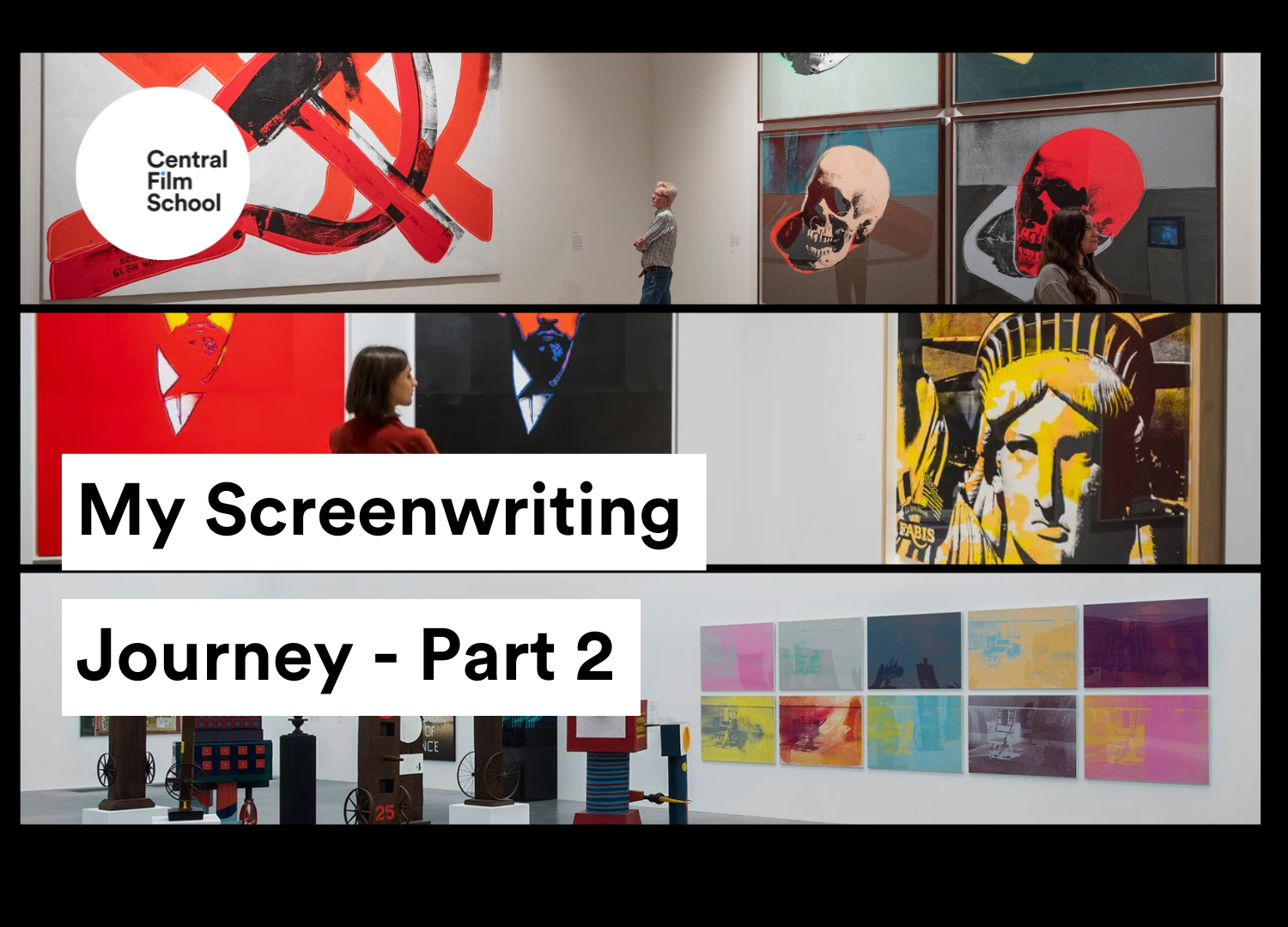 A five minute film in a single location with no dialogue allowed. Definitely an interesting
challenge for our first film shoot!

This was the first extremely practical module in our first term and all the better for it! What
was great about the first term of Central Film School was the focus of making a short film in our first few months at the school. This tested our creativity, storytelling, organisation and ability to work as a professional crew and I am extremely grateful for it.

At the beginning of the module we were introduced to art analysis and the way that appreciating and evaluating art can influence ideas for films we may wish to conceive and develop. Since BA Filmmakers and BA Screenwriters were mixed in this module, we went as an entire group to the Tate Britain to select a work of art that would provide inspiration for our short film pitches. Thoroughly analysing different pieces of art has been an incredibly eye opening experience and I have since used this method to develop different script concepts since.

Once we had our film concepts solidified, we all set about pitching which films were to be
made. Three would be chosen from each group and the owners of those concepts would then choose their role as well as who would make up the remainder of their crew. Happily, my film concept was selected and I took on the directing role (a role I would suggest to screenwriters so you can understand the process of interpreting a script later on). During the next few weeks, we independently developed our films as well as having industry professionals come in and teach the basics of their chosen discipline to aid us in our pre- production stages. This was something that was eye opening for many of us and these lecturers gave their time with anyone who needed tips or guidance in their chosen disciplines.

Then suddenly… We had to make the film! We spent half a day on set, thrown into the deep end and resolving issues and exploring creative possibilities in a whirlwind of a shoot. Through the process, we learnt how to work as a functional crew and be flexible, inspiring, self analytical and keep a production within time and under budget.

During the whole process, we also had to produce a logbook in which we shared our concepts and creative processes as well as reflecting on how we handled and overcame creative and practical roadblocks during pre-production. This and the finished film were submitted and suddenly weeks of intense preparation were over. Just like that. ‘Visual Storytelling’ was a learning experience formed by ‘doing’. By independently developing our projects we learnt the positives and possible complications of working within a crew during pre-production. We discovered the unique ideas and skills that each of our classmates can bring to a production as well as a new sense of self awareness when it comes to our working style. At the end of this process, I could realise my strengths and weaknesses during a film shoot and I am actively improving what I do well already and what needs work.

‘Visual Storytelling’ was a fair amount of hard graft, but it was never dull. I always felt
invigorated and excited by the next development, the next new camera shot and the next
challenge to overcome. It was a real learning experience, and I am extremely grateful for
that.