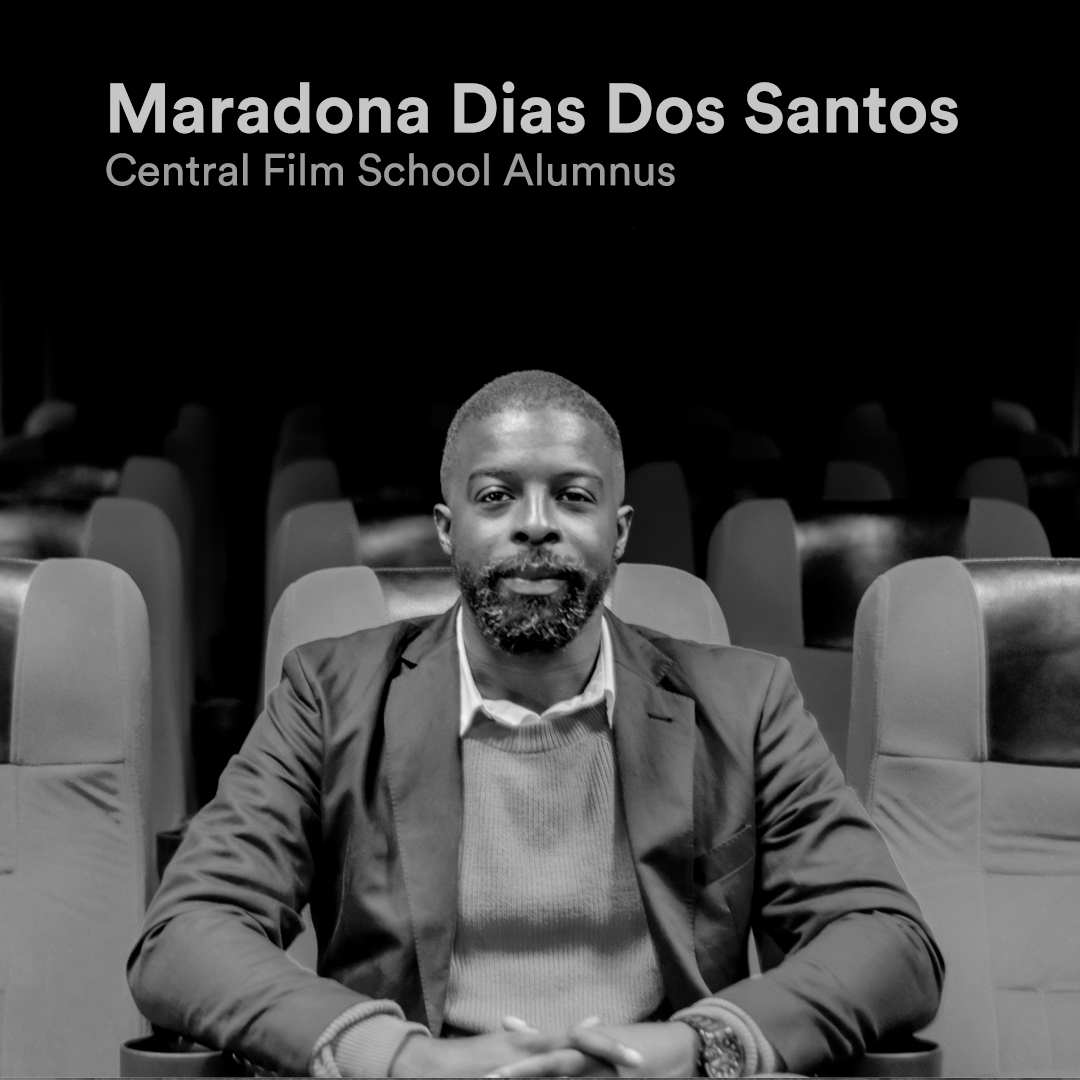 We were delighted to have Maradona Dias Dos Santos back at Central Film School to talk about his most recent achievements. We also wanted to know what advice he had to offer our current cohort of filmmaking students.

Maradona Dias Dos Santos studied at Central Film School in 2010 and since has gone on to do incredible things within the film industry. Originally from Angola, Maradona is a filmmaker, writer, director and producer who is actively working in the film industry.

Just a few months ago his film, titled Santana, debuted on Netflix. The film went straight to the top spot in over 40 countries. Santana is a thrilling action film that follows the lives of two brothers as they chase down one of Africa’s most notorious drug lords. The film was written, directed and produced by Maradona Dias Dos Santos and Chris Roland.

“ Central Film School has great tutors. They’ve all done it, so they have a wealth of experience within the film industry. This means you get the best of both worlds, you learn the theory from them but also knowledge they’ve gained through their own personal experience. They’re very encouraging, and through support and guidance they helped me get to where I am right now. The tutors provide you with everything you need to excel, and are more than willing to give you additional time and support. ”