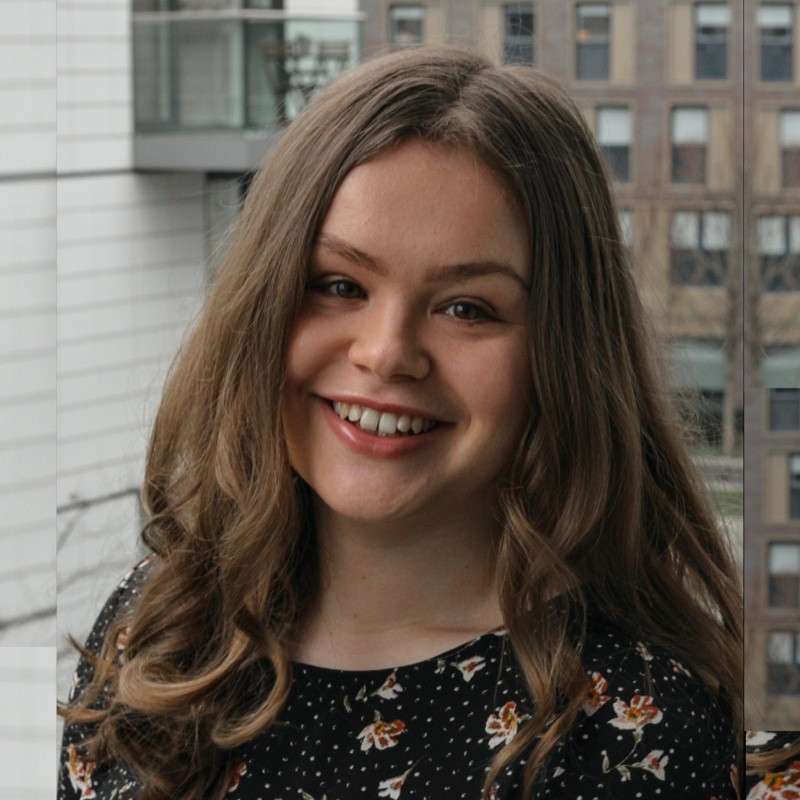 What is your job title and what exactly do you do?

My job title is a Junior Producer at an advertising agency called Ogilvy. Our company has branches all over the world containing many different departments but my role sits within the UK Social & Content team, which is the creative department responsible for the entire production of deliverables and projects that come in from a variety of brands. There are two producers in our department (myself and my manager) and our job is to ensure the planning, production, and delivery of assets. We have account managers that represent the many brands we work with including Skoda, Hoka, Sainsbury’s, Vodafone etc, who will come to us with a brief from the client. We then have to get to work on putting a budget together including rate costs for the crew that will be needed and any hard costs such as transport, equipment hire and sustenance that will also occur. Once this has been approved by the account team and client we can move on to the pre-production stage where we plan and book everything that will be needed for the shoot to happen, as well as working alongside Creative Directors and DOP’s to ensure we’re coming up with the best ideas and are all on the same page. We attend the shoots to ensure everything runs efficiently to a high standard and all the content we need to capture is achieved. Finally, we also oversee post-production, setting deadlines and time plans to ensure a smooth delivery to the client.

What does your day to day consist of?

My day to day largely varies depending on what projects we have on, the size of those projects, and at what point in the
process they are. A few weeks ago we were preparing for one of the biggest shoots of the year, an ad for Skoda for the launch of their new Fabia. This meant my days were full of doing research on the locations we might shoot at, applying for permits, booking crew/talent, transport and accommodation, putting a schedule together, and having pre-production meetings with the rest of the crew and account team/client to check everyone was aligned and happy with the plan. I then went out on that shoot a week later, spending a few days down in Rye whilst we filmed the car navigating the narrow cobbled streets or driving along the coast, making sure we were getting all the required content and keeping track of all expenses that occurred. At the moment, that project is in post-production so I’ve put a time plan together, booking in the right editors and number of days to work on each deliverable and setting deadlines for internal and client feedback as well as delivery. This is the process for just one project – the thing with this role and the advertising industry is that throughout this process other projects will also come in, meaning I’ll be working on around 3-5 brands and projects at a time, so I have to stay extremely organised and on the ball.

How did you get the job?

After finishing my time at CFS I went straight into job applications, ensuring my CV, LinkedIn and Cover Letters were all updated to a high standard. When starting applications I wasn’t entirely sure exactly what it was I wanted to do, so I applied to roles like Video Editor, Content Creator, Production Co-ordinator and Production Manager. From doing this and reading many job descriptions I began to see that the roles I was most excited about were production based in advertising which allowed me to narrow my search and put more time and effort into this area. Throughout the application process I had to deal with many rejections due to the competitiveness of the industry, but I also had many interviews which gave me experience and confidence, meaning I got better with each interview I undertook. I applied for the role at Ogilvy in November 2021. It was one of my top choices and was such a huge company that I had doubts about hearing back. However within a couple of weeks they invited me to an interview, two more interviews followed after that, and in January 2022 I was offered the job, starting a couple of weeks later! The main thing I took away from the application process is that it’s extremely tough as you’re constantly being faced with rejection, especially with being in London and applying for a job in media. It’s extremely competitive! However, with each rejection you have to remind yourself that it just wasn’t meant to be and when (not if) the right job comes along, you’ll get it! The funny thing for me was that after months of not receiving any job offers, 3 came in the same week – one even from the BBC. However, Ogilvy had an amazing reputation and felt like a friendly and encouraging environment, which meant it was the place for me.

How did your time at CFS prepare you for the role?

Before CFS I had just finished my A-levels in Drama, Music and Photography. My Photography classes really sparked my love for working in media and it seemed to be something I was quite good at so I decided film school would be a great place for me to extend that knowledge. CFS was brilliant in the fact that it allowed me to have a hands-on approach with all roles across the media industry. I got to experience being a DOP, an Editor, a Director, and a Producer, which meant I could begin to decide which roles I enjoyed and may want to take forward into a career. It also gave me great knowledge of how the industry works which made me stand out against other applicants during the job hunting process; knowing not just how to be a Producer but also how all the other roles work and how you go about the entire production of a project was an asset CFS gave me that prepared me for my current role. I also owe a huge amount of credit to Sabina Sattar and Bruce Webb as they taught me the ins and outs of what makes a good Producer and the responsibilities you have to stay on top of, which created all the foundations I needed and am now building upon at Ogilvy.

What are your career aspirations going forward?

I really love the company I work for now – I get to work with the same team on each project, who are all lovely, as well as having a healthy work/life balance, which can sometimes be rare in this industry. Every day brings something new and it’s so exciting to get to work with many of the UK’s biggest brands. Going forward I’d really like to take on more responsibilities at Ogilvy as I grow as a Producer, taking on bigger projects independently and conducting my own shoots. The other great thing about my company is that they are keen to let you thrive in areas of interest, meaning I can help out with camera work on shoots and editing in post. I’d really like to keep building upon these skills also as they are creative areas I really enjoy and am passionate about progressing.

Any final thoughts or advice you want to give your fellow alumni?

There are a few things I have learnt over the process of applying for and starting my first job in media. First is to listen to yourself and what’s important to you – I knew I wasn’t cut out to work freelance in film or tv due to the long working days, constant change in colleagues/friends, and unknowingness of when and where your next project would be. For some people this is exactly what they’re looking for but for me it was the opposite, so I had to adapt from what would be the “normal” progression and really work hard to start myself on a path where I knew I could be happy, healthy and thrive. A piece of practical advice for anyone looking for a role in the industry from my little experience is that you have to be determined and put your all into it. No one’s going to hand you a role unless you have ridiculously good connections, so make sure your CV & LinkedIn are at the best they can be – LinkedIn is the best place for opportunities so make sure you’re making the most of them, power is in numbers but also quality with applications. Do you research and prep for all your interviews, and also don’t be afraid to reach out to other alumni and connections as most of us want to help others succeed.

Finally I think it’s incredibly important to keep an open mindset. I was worried about starting a career solely as a Producer as I thought it meant that is what I have to do for the rest of my life and all my other passions and interests take a back seat forever. This is simply not the case. Just because you’re doing a job now doesn’t mean that in 10, 5 or even 1 years time you have to be doing the same thing and in many cases, like my role now, other skills and passions are encouraged.