Funded places and discounts available, please enquire after you apply 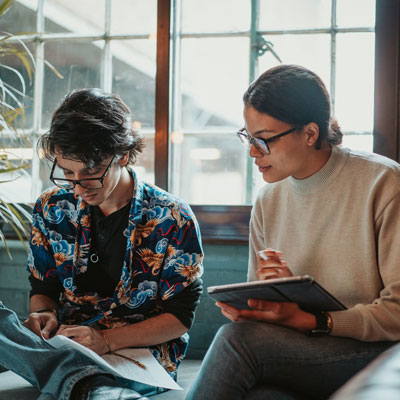 Designed for the independent filmmaker, this course is ideal if you have little prior experience in filmmaking, and wish to learn how to make your own films from start to end.

This course provides you with hands- on, practical experience as an independent filmmaker, learning the key aspects of collaborative filmmaking. While there are no formal assessments, feedback between tutor and student on each module is critical for student development throughout the course. The course is made up of three individual certificates designed to build skills progressively.

**Note Students who intend to complete the full programme of the Complete Certificate in Filmmaking and wish to pitch a project for production in the final module are advised at the start of module 1 to begin writing a script to pitch. There is no guarantee that a developed script will be greenlit. Students may undertake the Complete Certificate without pitching and writing a personal project. Students intending to pitch must submit work in progress for feedback during the first two modules.

This three week module provides hands-on training under the guidance of industry filmmakers and tutors.  Practical workshops and exercises introduce you to the technical craft of filmmaking and the art of visual storytelling. After learning about pre-production, you operate as part of a crew on a short film with professional actors, then complete your edit of the final film. All the main aspects of filmmaking are taught, including producing, directing, cinematography and sound recording. Other key areas include assistant directing,  production design, editing, sound mixing and colour grading.

You commence with story structure, directing and visual storytelling. Starting with the script, you learn how to work with actors and collaborators, and preparation needed for production.

Intensive practical workshops in cinematography, sound, lighting and design follow. You are allocated roles for the film shoot which takes place by the end of the week.

You learn about the edit workflow, post- production sound and picture editing. On the final day you export your edit and watch the première screening of the group film.

Note: Students intending to pitch a project in the final module should this week submit at least a logline, story outline or synopsis, beat sheet and character outlines.

In this six week module you further develop and enhance your skills in analysing and directing a scene using professional actors. You direct and edit a short scene, communicating your ‘mise en scene’, ie staging and production design, to cast and crew.  In addition you hone your skills in cinematography, sound and design on your colleagues’ projects. A key element of this Independent Certificate is evidence of production management in executing a professionally planned production.

You dive deeper into narrative structure, character development, dialogue and action, and how to bring a script to life through staging, framing and performance. You learn to collaborate to achieve your vision.

Note: Students intending to pitch a project in the final module are advised to submit a first draft of their script for feedback during this week.

You receive more advanced training in producing, cinematography, sound and design, in readiness for independent production.

You complete pre-production breakdowns and detailed planning for all your roles including set building, continuity and production management as well as technical planning.

Lights, Camera and Action - week four is an intensive shoot period, when you direct your own scene and crew for your classmates.

You begin editing in class, and learn to receive constructive feedback on work in progress as your tutor views your rough cuts.

Note: Students intending to pitch a project in the final module should submit at least their first draft this week at the latest in order to receive feedback.

After picture lock you work on post production sound, colour grading and any graphics. On the final day you export your film for screening.

Students who have completed the Certificate in Independent Filmmaking or equivalent, and have a completed first draft script, have the opportunity to pitch a project for production in this nine week module. You take on a lead role such as producer, director or cinematographer, and work closely with your team to develop, plan, shoot and deliver your short film.  In addition to your lead role you work in other allocated crew and post production roles, gaining valuable insight in how pre-production affects the final result. A key aspect of this course is collaboration and you are expected to participate fully in group work from concept to completion, with the support and guidance of your industry professional tutors.

If you wish to pitch a project for selection, come to the module with a script completed at least to the first draft stage. Once green-lit, projects move briskly through development and script editing.  Lead roles are negotiated and production schedules finalised.  Each project must be presented for sign off by tutors before going into production.  There is a small budget and two days’ filming allocated for each film.  Films are completed within a tight time frame, reflecting industry  practice.

Projects at the first draft stage or later go through a selection process. Key roles and crew are agreed and the overall production schedule set. Work begins on casting and locations, and production design begins, while the script is developed with tutor feedback. All students are expected to contribute from the start in designated roles.

Heads of department work intensively to prepare creative, technical and logistical input for each film, from budgets and schedules, storyboards, shotlists, equipment booking, lighting, sound and production design, to testing the workflow for the final edit.

You fill at least one major role and rotate into other allocated roles.  You are expected to contribute to all tasks including the logistics of moving between locations or refreshing equipment on days between shoots. You are expected to follow Industry practice for production and on set protocols.

You take part in at least one edit and other post production roles, working as a team to finish the whole slate of films.  We follow a professional model where the director works with the editor, and the producer oversees the process.  You edit at Central Film School and your work in progress is regularly reviewed by tutors, ensuring you receive early and frequent creative and technical feedback.

You are expected to ensure all documentation is complete in line with industry standards.  On the final day your progress is reviewed and films are screened.

You will also need Production hard drive for your work and travel expenses.  The School will cover Actors costs, shooting kit and Production costs for the programme.

If you are a student outside the European Economic Area (EEA) and Switzerland, you will need a Short-term study visa to study on a course which is of 6 months duration or less.  A short-term study visa is different from a student visa and the school will provide the student with necessary documentation once the student is accepted on the course and payment has been made.  For more details, please visit the government website or our admission office. 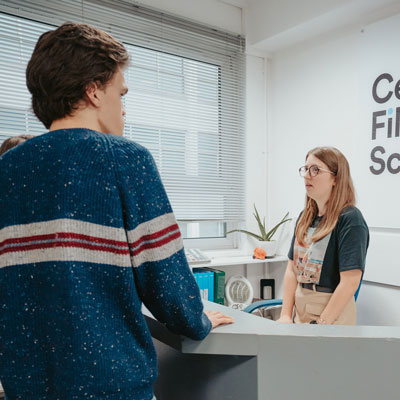 Do you have a question about this course?

We’re here to help every step of the way. If you would like to book a call with a member of our Admissions Team please fill out the form linked.

speak to our team 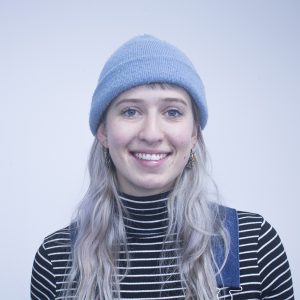 It’s probably the best course that I have done. I love how fast the course is and how diverse it is like, working on different films every day, and you are able to work in a number of roles and you can learn different aspects of filmmaking. Everyone is trying new things here every day.

Are you ready to Tell Your Story? 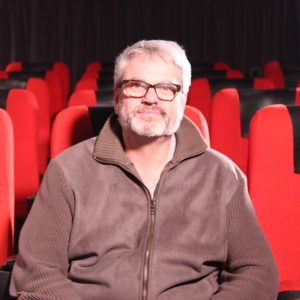 Francisco graduated from the University of Arts London with a BA Hons in Film Photography and Television. Soon after graduating he did his first feature film project for Channel 4, a Chilean-Bulgarian Channel 4 co-production. For the last 10 years he has worked as a producer in London, setting up a branch of Streetwise Films, a Dubai based commercial company and has produced adverts for British Airways and Huawei. For the past three years Francisco has worked on Short and Feature films in London.

meet more of our Tutors